As DeadFlyMedia is a studio that focuses (har de har har) mostly on photography and videography (although we have delved into the written word too with reviews and interviews) we are consciously choosing the visuals we post on social media with our brand and image (har de har har again) in mind. We have been cultivating content that we hope will in some way either entertain, educate, entice or engage our followers on the various platforms that we use.

We laugh around the studio a lot. Belly laughing, tears rolling down our cheeks laughter. It's a great thing to enjoy the people you work with and it's important for us to share that mirth with people around us. We like to participate in the various somewhat goofy made up holidays that exist and you will have seen us put our mascot Bob in some precarious situations. Perhaps less than precarious as he is already dead so what can go wrong?! I scanned the calendar for what was coming up and somewhere in between "Lumpy Rug Day" and "Don't Fry Friday" I found "National Notebook Day" (As it turns out, National Notebook Day was May 18 and we all woke up to the sad news of the passing of the very talented Chris Cornell so it seemed disrespectful and somewhat trivial even to run it. The public mourning of another icon lost was the focus of the day, and our efforts were filed away for use someday in a blog......I digress).

I am a huge fan of hard covered journals, notebooks and diaries. Rather than having bits of paper lying around they help keep everything in one spot. Except that I have 4 going at once so that complicates things a wee bit. I jot down what’s on my mind, do my budget, make To-Do to lists, write down ideas for what to write about or cook or anything that inspires me. I am not alone in that endeavour. A quick Google will find you a gazillion examples of published idea books as well as wondrous examples of how to make your own. This article on notebooks and how writing in one can inspire and manifest creativity is a highly recommended read on the subject.

I wanted to take the picture for Notebook Day to accompany the quote by Anne Frank,  perhaps one of the most famous journal keepers of them all - “I want to write, but more than that, I want to bring out all kinds of things that lie buried deep in my heart”.

Rather than having Andy take it  I brought out my notebooks to take the picture. I played with how to stack them or how to lay them on the side table in my living room, I fiddled with lights and placement. I took a lot of shots including these ones: 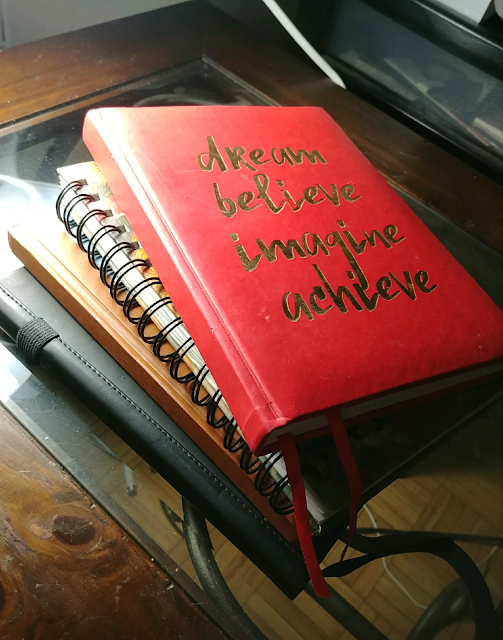 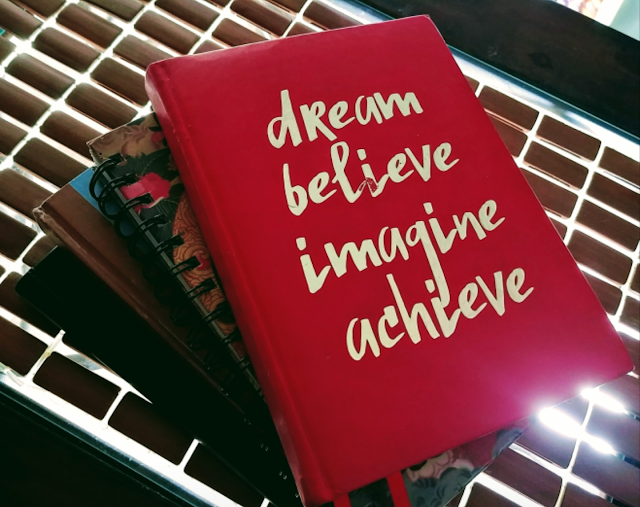 They weren’t right. I didn’t “feel “ it.  I am perhaps over critical, perhaps a perfectionist. This gut instinct of mine is proving to be a really fickle and finicky thing but I’m going with it. Always go with your gut. I called Andy to express my frustration; which in itself is an endeavour that usually ends up with us both being frustrated as I talk with my hands and can’t quite find the right words to describe what I’m doing. Doesn’t really help over the phone.  But he’s a trooper and he really wants me to hone my skills and think about composition and lighting and such.

“Show me what you’ve done so far.”
I texted him with the above images.
" Why didn’t you use that piece of wood that you refer to as ‘your studio’? They would look great against that. And move the light so that it hits it from behind.”
“Ok."
So off I went to play with the light a bit and proudly submitted this one for review. 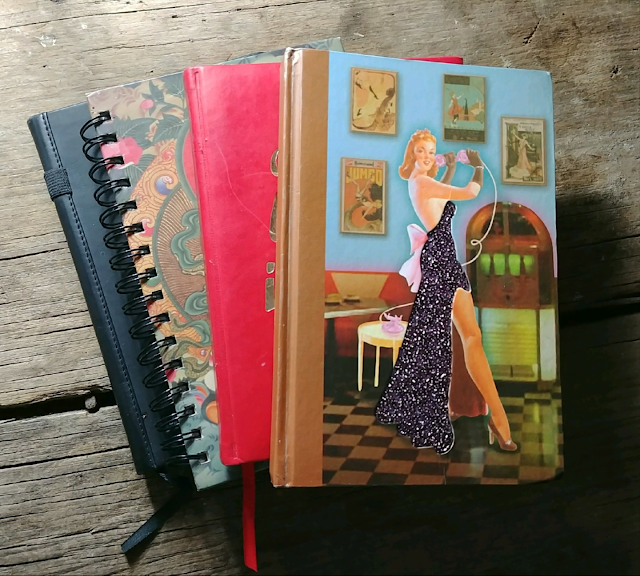 “If you stack the books on top of each other along the spines and then angle the light....”
I cut him off before he could finish “What's wrong with this one? What do you mean? I don’t understand!!!”.
He explained some more and after much whining on my part he said "Try this instead."
I received this.... 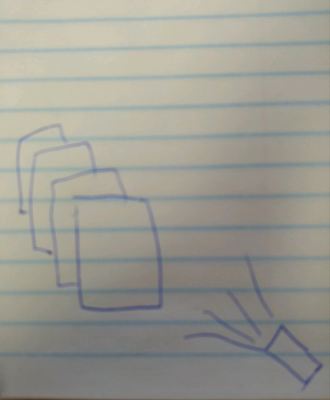 It made me howl with laughter both at his having to resort to a spider like scrawl on a notepad to get his idea across to me, but also because his instructions had been really simple; as George Bernand Shaw once said “The single biggest problem with communication is the illusion that it has taken place.”

I ended up with these two. We are still debating which is better. I like the first one. Andy likes the second one. I like discussing the results. I like standing up for what I want as well as being open to feedback and making the necessary adjustments. 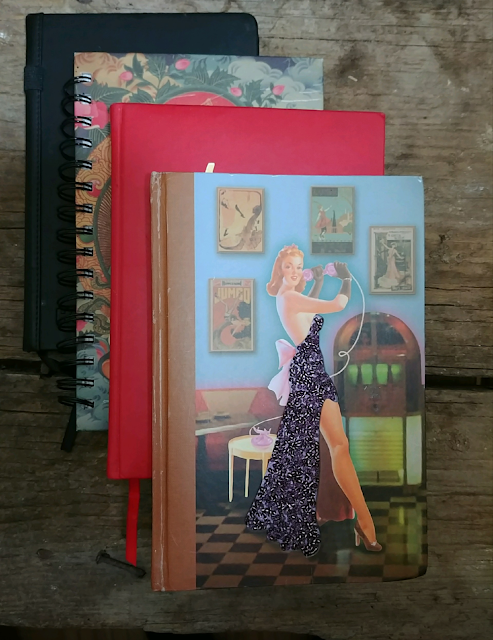 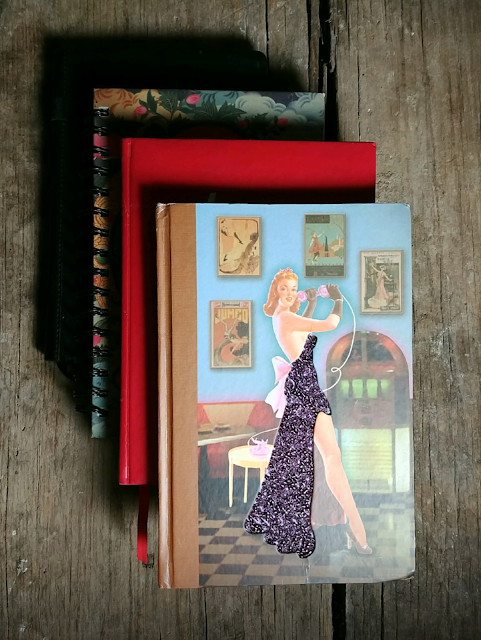 One of the many insights into Andy's imaginarium of a brain is that sometimes the smallest adjustment in how you look at things can make all the difference to finding 'the' shot.  What I learned through this little exercise is that while every image is subjective, and every composition can abide by, or break the rules to achieve the right effect, sometimes that is not enough.  Sometimes you have to step back and rethink, and 'try this instead' to see what will occur.  This process is, in effect, a pictorial version of a Commonplace Book, scraps of ideas and thoughts which in time become cohesive and complete.

The benefits to journalling or even doodling have been studied and reported for years now. I enjoy sitting down with a nice heavy pen and my hard covered notebook and just letting it flow. It is visceral and cerebral and this form of self-expression has set the stage for my expressing myself with pictures. Are they worth a thousand words? Well the writer in me struggles with that notion a bit; but expression, creativity, dare I say, 'art' in any form is something that I love exploring.

Thanks for reading, I'm off to take some notes about some upcoming shoots!

Click to see what we do at DeadFly Media